The full width of the wall in Trench 2 is now visible at its western end.  It is just over 1m in width, which is wider than we expected, suggesting a substantial structure.  We still have more work to uncover its full width across the entire trench as it does appear to have been somewhat bashed about over the years. In Trench 1 the two walls located close together may now represent the cess pit that we were looking on the western side of a small chamber, the eastern wall of which has now been revealed.  These tie in very closely with one of the two photographs taken of the site in the 1931.  Substantial areas of masonry have also become exposed to the west of the possible cess pit, again as shown in the 1931 photograph, but deciphering what they represent will take far more work. 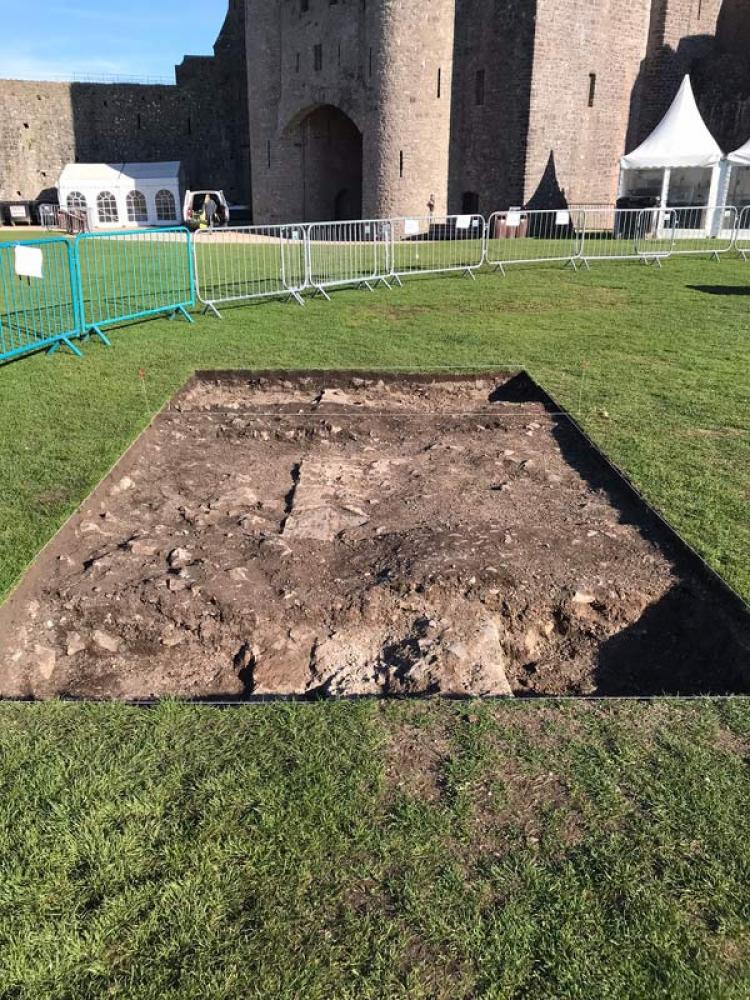 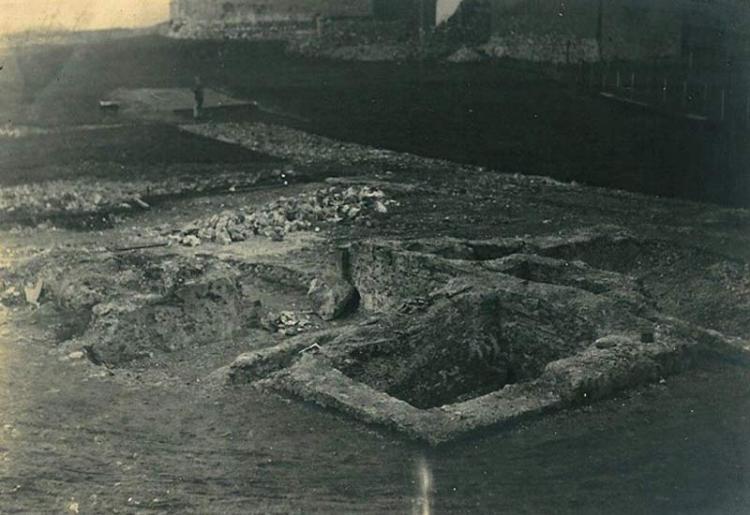 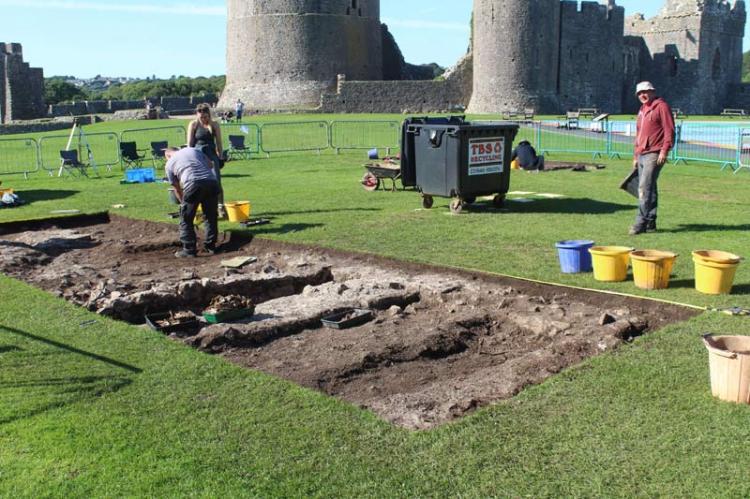 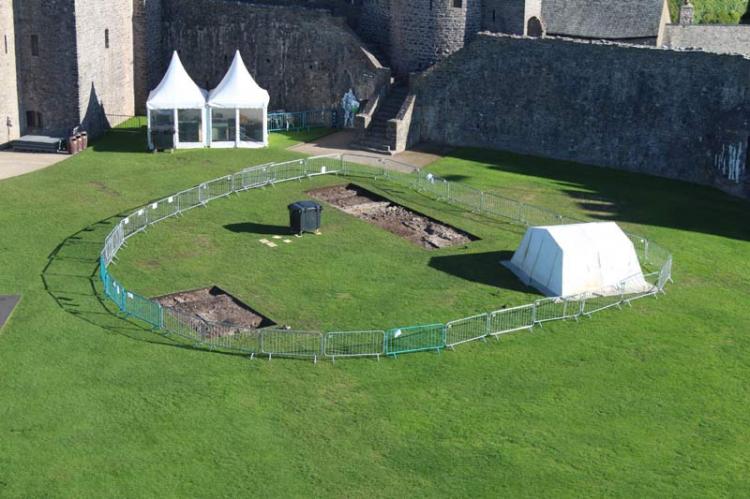