Very good progress today.  In Trench 1 the wall we had seen yesterday was confirmed and a second even better wall was revealed close to the east.  The walls appear too close together to be associated with the walls seen on the parchmarks.  Further large areas of mortared stone patches were revealed to the west indicating yet further walls. The outer wall of the building we were looking for in Trench 2 has just started to become exposed as well.  We have already collected a large amount of oyster shell from the site as well as more pottery and bone.  We were also visited by members of the Pembroke Castle Trust today and had lots of interest from visitors to the castle. 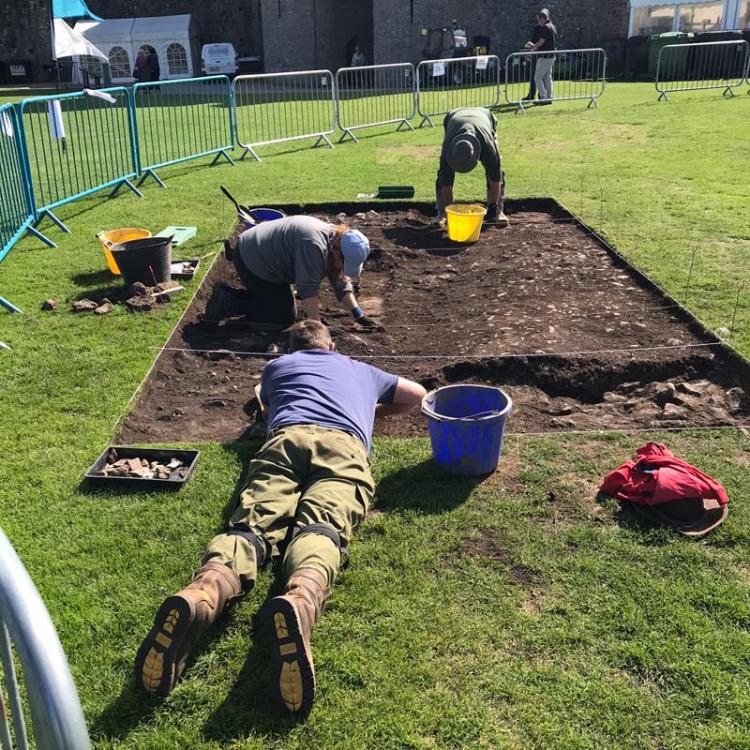 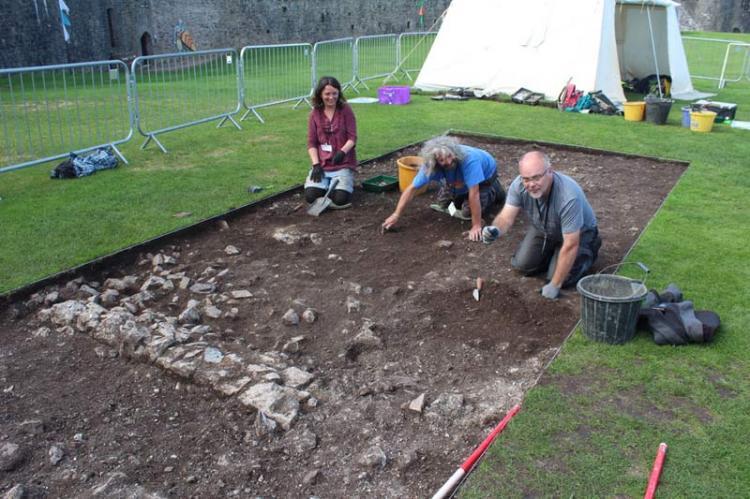 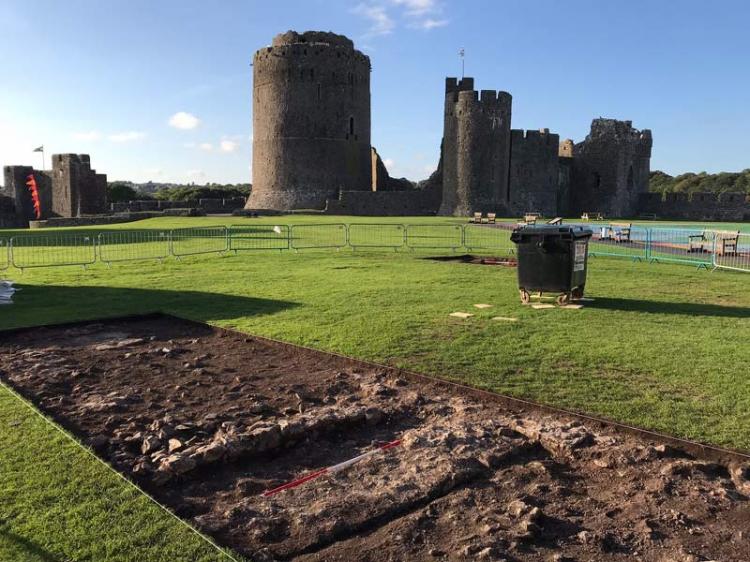