The return of the wall in Trench 2 was fully exposed by Roger, Rob and Peter.  Helen finished the unenviable task of cleaning the cobbled surface on the outside of the wall.  By the end of the day the Trench was planned and levelled, awaiting survey and section drawings over the next couple of days. In Trench 1 Beth and Ruth appear to have exposed a rough stone slab floor adjacent to the steps.  This stops at a possible threshold (doorway) crossing the trench, with a step down to another possible slab floor that was partially exposed by Andrew.  Fawaaz and Hugh finished taking the eastern extension of the trench down to the correct level.   Hywel commenced excavation of part of the possible cess pit, which is being sampled for environmental analysis.  Rita continued processing the ever increasing number of finds and Caralinda assisted with telling visitors about the excavations.  We were visited by two classes from Golden Grove school in Pembroke during the morning and afternoon.  ITV News Wales also came to the site first thing in the morning to interview members of the team and film the excavations. 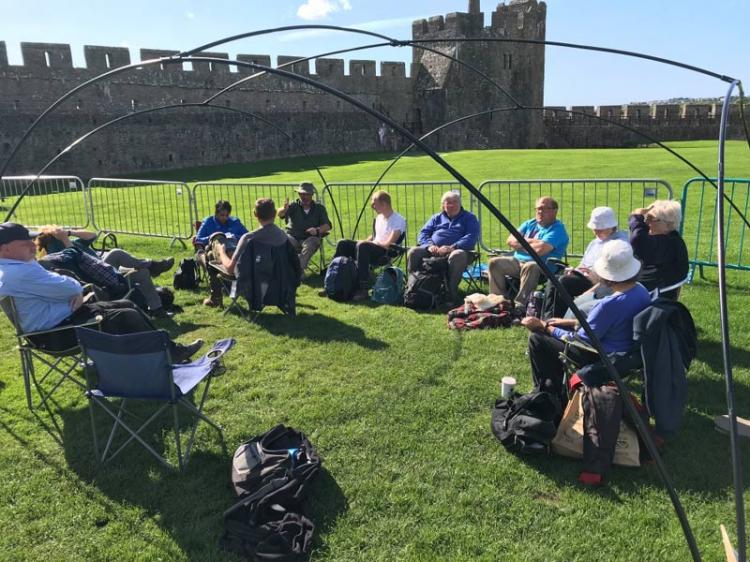 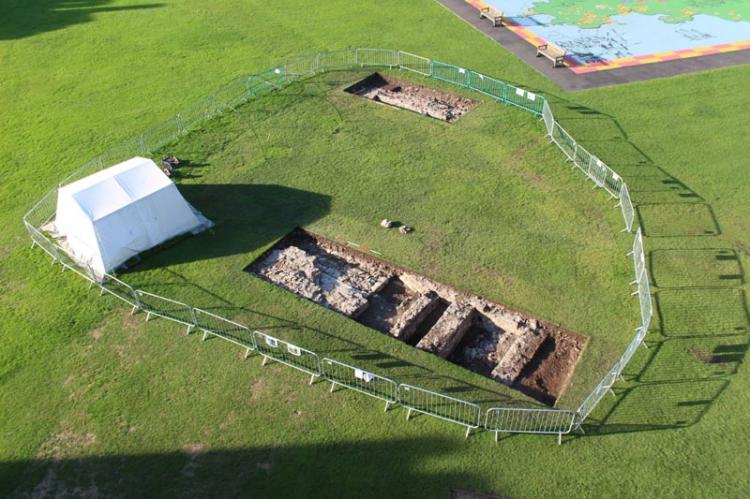