Following a rambling introduction to the castle by Jim, the comical mess tent construction and laying out of barriers around the investigation area the team eventually got to start the hand excavation of the trenches.

Turf was removed from the two trenches and a possible wall was almost immediately visible in the larger Trench 1. Trench 2 exposed a former path surface through the castle grounds and with hints of the outer wall possibly starting to show beneath. Many finds have already been recovered from the trenches, including bone, pottery, brick and tile mostly of early 20th century date but with some late medieval and post medieval material too.  A good start! 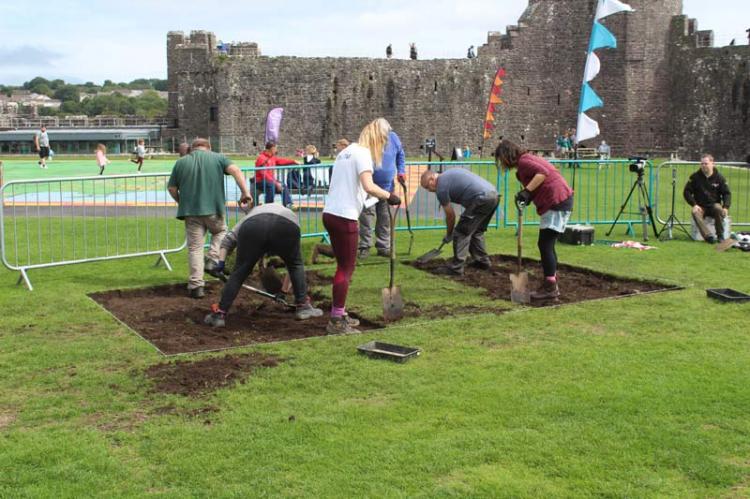 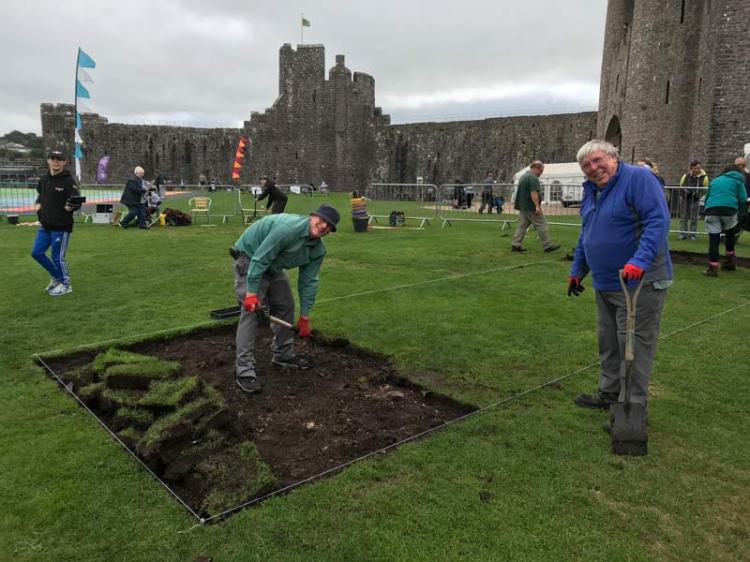